People will simply go on using what they need, but the creators and publishers will not get paid.

Kelly-Anne Riess is the author of two bestselling books about Saskatchewan, and the poetry collection To End a Conversation (Thistledown Press). As a freelance journalist, she has written for such publications as The Globe and Mail and Canadian Geographic. Her television work can be seen around the world on networks like A&E Biography and History Television. Since 2011, she has represented the League of Canadian Poets at the Access Copyright annual general meeting.

In the simplest terms, “copyright” means “the right to copy.” In general, only the copyright owner, often the creator of the work, is allowed to produce or reproduce the work or to permit anyone else to do so. But fair dealing blurs the line on this.

Fair dealing is a statutory exception to copyright infringement. It is a defense with the burden of proof upon the defendant.

In Canada, if you copy a copyrighted work for research, private study, criticism, review or news reporting it will likely be considered fair that you copied the work without the permission of the copyright owner.

People wanting to use copyrighted works for education and government purposes were not protected by fair dealing, but copyright clearances were made easy for them because of an organization called Access Copyright.

Since 1988, Access Copyright has helped make sure writers, visual artists and publishers are paid for the reproduction of their work by educators, government officials and others who may wish to copy such work.

Its objective has been simple: to protect the value of intellectual property by ensuring fair compensation when creator works are copied.

Essentially, how Access Copyright works is that creators register their published works with the organization; and institutions, like universities, pay annual renewable license fees or one-time, pay-per-use licences to copy works.

The licensing fees are then distributed to the creators and their publishers.

And university professors, for instance, can photocopy excerpts of copyrighted works for course packs, meaning students don’t have to go out and buy each individual book.

In theory, it’s a win-win situation.

In 2010, over 100 million pages from close to 120,000 unique titles were copied into paper course packs alone. This number does not include many more millions of copies made and distributed through other means, including digital.

Every year, as a writer, I get a cheque in the mail from Access Copyright—my royalties for my copied works. Students save money on books. And the universities get hit with the bill.

But the passing of Bill C-11, the Copyright Modernization Act, in November, 2012, has shaken up the system.

Bill C-11 extended the list of fair dealing exceptions to include parody, satire, and, what’s probably most detrimental to creators, “educational purposes.”

This means that anyone claiming an educational purpose could arguably copy substantial parts of copyright-protected literary works without permission or payment.

Because of Bill C-11, educational institutions and ministries are now arguing that they do not have to pay Access Copyright for collective licenses to enable teachers and students to legally copy materials.

But an unintended consequence of adding education to fair dealing has been damaging the educational market for published works.

More than 25 post-secondary administrations took the unfortunate step of walking away from the licences that worked so well for decades.

In place of clear procedures for worry-free copying, students and faculty now face a jungle of prohibitions and guidelines that leaves them scratching their heads, unsure if the copying they need to do will expose them to legal liability for infringement, or if they should just forget about using that material altogether.

Some university administrators have told faculty to clear the rights to content themselves on a case-by-case basis, or else restrict usage to digital content already under licence in their libraries. But it is likely content will continue to be copied, whether authorized or not.

Some administrators have warned faculty that they will be the ones to face legal liability if caught using materials that have not been licensed or cleared.

At these institutions that have walked-away from Access Copyright, infringement on a mass scale now seems inevitable.  People will simply go on using what they need, but the creators and publishers will not get paid.

To try to prevent this, after Bill C-11 was passed, the Association of Universities and Colleges of Canada came out with guidelines for fair dealing that were adopted by many universities. The guidelines were derived from an interpretation of Bill C-11 from the Council of Ministers of Education, which was published in a report called “Copyright Matters,” which Access Copyright views as an overly broad and unfounded interpretation of fair dealing in an educational context.

A lawsuit launched by Access Copyright against York University will serve as the first legal test of these new fair-dealing guidelines adopted by many universities and colleges.

The outcome of the case could have wide-reaching implications for Canada’s educational institutions as well as Access Copyright.

At the heart of the lawsuit is the meaning of fair dealing, which is not clearly defined by Bill C-11.

The lawsuit was launched in April, 2013 about a year after the collective and the Association of Universities and Colleges of Canada reached an agreement on a new model license that was supposed to put an end to a dispute over copyright fees paid for by universities to cover photocopying by their students and staff. But Bill C-11 rekindled the issue.

Access Copyright alleges in the lawsuit that York made copies of “a substantial part” of several copyright-protected works for which the university didn’t obtain appropriate clearance or pay the necessary royalties.

It argues that the fair-dealing guidelines that York relied on, in part, to make the copies are “arbitrary” and too broad.

The stakes of the lawsuit are high. If York is wrong, it means that a number of other universities are also wrong.

The stakes are equally high for Access Copyright. If the ACUU fair dealing guidelines are allowed to stand, this could change the way the copyright collective operates. It could really impact the relevance of Access Copyright and its whole existence.

As Access Copyright is not paid for licenses by more and more universities and schools, then its annual payments to creator and publisher affiliates will be much lower.

Currently, approximately 80 per cent of Access Copyright’s revenues come from ministries of education and educational institutions.

More than a decade in the making, Bill C-11 has created unprecedented uncertainty for all those who teach, learn, read, write and publish in Canada. As such, Access Copyright anticipates that it will continue to have to undertake costly and drawn-out litigation to have the courts interpret the new law.

Because the future is looking bleak for Access Copyright, creators and publishers from across Canada were invited to a special summit in Toronto in April, 2013 called the Next Chapter to talk about the future of Access Copyright.

Participants brainstormed new revenue models for Access Copyright, so creators and publishers could find innovative ways to be paid for their work outside traditional licensing, which educational institutions are trying to move away from.

Finding revenue models for creators is important, because they must be paid for the use of their works. 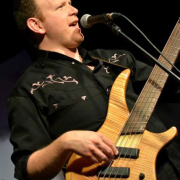 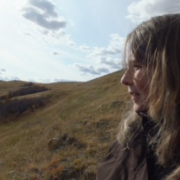 Guaranteed Annual Income for Artists? For All?