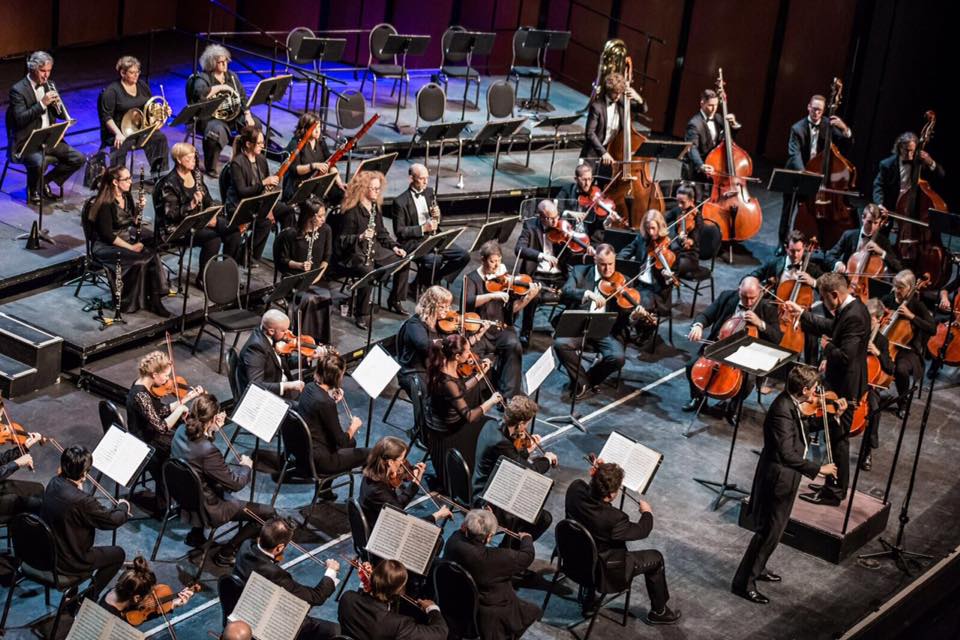 When it comes to highbrow arts, symphonic music is right up there at the top with opera and ballet. And in these Trumpian times, when the lowest common denominator seems to call the shots, is such highbrow art still relevant? “More than ever,” claims Mark Turner, executive director of the Saskatoon Symphony Orchestra. He scoffs at the “lazy people” who claim classical music is a dying art form. “We’ve become something of an easy target. ‘Nobody cares about classical music.’ Except it’s not true. We’re doing more concerts of purely classical music than we have in maybe two decades” and continue to fill the house – over 40,000 bums in seats every season.

With as many as a hundred musicians on his payroll in any given year, Turner is one of the city’s, and the province’s, largest cultural employers. These musicians “perform in many ways, not just in the orchestra” and “make up the bulk of Saskatoon’s music community”, Turner says. They teach at the university, privately and through other musical organizations, and they play in a variety of bands, from pop to blues to jazz. “They make the musical life of the community very vibrant.”

Under Turner, and music director Eric Paetkau, the SSO has embarked on some exciting ventures recently, including overtures to both indigenous and immigrant communities. Students from Thunderchild First Nation – traditional drummers and singers – performed on stage with an SSO ensemble at a Master Series concert. And the orchestra is developing a mentorship program with St. Mary’s School in Riversdale, which has a predominantly Native student body.  Turner explains: “We’ll be exposing kids to musical ideas and giving them the opportunity to hear all types of music performed right in their own school, with our musicians and guest artists.” One such guest artist is Tanya Tagaq, the celebrated Inuit throat singer who performed with the SSO in November 2017.

According to Turner, the SSO was the first orchestra in North America to incorporate a citizenship ceremony into a concert. On May 13, 2017, twenty new citizens took their pledge of citizenship on stage before a concert of all-Canadian music celebrating the 150th anniversary of confederation. “It was a really remarkable, emotional experience,” Turner says. “A great opportunity to have worlds collide.”

The orchestra will soon have another North American, perhaps world, first in a joint research project with the University of Saskatchewan College of Medicine; an electroencephalogram (EEG) reading of audience and orchestra. Using cutting-edge technology employing headsets and smart phones, brain waves of people making music and listening to it will be recorded, in hopes of discoveries that could have impact on treating epilepsy, autism and other brain-related disorders. At the same time, Turner says the orchestra continues to offer diverse listening experiences including: “new music, Canadian artists, emerging artists. And our audience has come with us, which is such an exciting thing to see – an audience hearing a piece for the first time and falling in love.”

Leadership Candidates Speak Out on the Arts