I am – for the first time in my career – seriously considering a move from my home province. 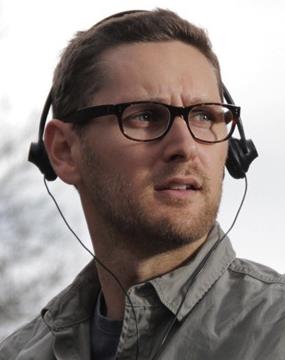 Film Director Lowell Dean loves the Saskatchewan landscape. He’s eager to tell local stories and is convinced that this province is “the ideal place to survive a zombie apocalypse.” His feature length debut: “13 Eerie,” produced by Minds Eye Entertainment and Don Carmody Productions, shot in Moose Jaw, is poised to shake up the most undeadliest of critics.

It has never been a more interesting time to work in film. And by interesting, I mean unpredictable, confusing, maddening and rewarding. This business and art form is a relatively young one (It’s barely 100-years-old – compare that to the likes of painting and singing and sculpture). It’s also an industry heavily tied to technology, which is changing at a rapid pace. The world of the filmmaker is evolving quickly, both in terms of how things are made and how our products are consumed. This is especially true here on the prairies.

In terms of technology, there have been many changes to the medium of film in the last few years. In fact, even calling it the “film industry” seems odd since most productions – both independent and mainstream – are now shot on video. The evolution is staggering, even from a decade ago when I took Film & Video Production at the University of Regina. Back then we used to hand in our final projects on the glorious format known as VHS… Perhaps you’ve heard of it?

The move to video created a big advantage for independent filmmakers, and industry standard cameras such as the RED Epic, have never been more accessible than they are today. University students or people with a few thousand dollars set aside can now make films with a quality that rivals Hollywood blockbusters – minus the superstars and visual effects of course.

Though the technology is good, things are currently very uncertain for Saskatchewan filmmakers, due to the well-publicized end to our provincial tax credit. As I write this I am, for the first time in my career, seriously considering a move from my home province. Unfortunately, I am not alone. Many of the people who make their daily living working in film are either moving to other provinces or considering a change in careers.

It seems our current government no longer embraces the industry, as they have drastically altered the tax credit program in a way industry insiders call unsustainable. While the misinformed may consider filmmaking a hobby industry, it is a business first and foremost, full of skilled workers in a variety of trades. In my opinion, all of these craftspeople are renewable resources that are as valuable (if not more) than the oil and potash that line Saskatchewan’s pockets. The fallout from this decision is still an unknown. While there may still be films shot in the province without a viable tax credit, it is wildly improbable that our province will be competitive on a global scale. Smaller independent films may rise from the ashes, but these will probably serve as the exception, not the rule.

On the bright side, it is starting to matter less and less where you are from when you make your projects.

Screening a film used to be restricted to theatres and other venues with a large screen and adequate seating capacity. Now, screens are everywhere – there are several in each home (televisions, computers, iPads) and even in our pockets (smart phones). If you would have told me years ago, as I struggled to burn my first DVD, that I could simply beam a short film into the Internet and anyone in the world could watch it where they sat, I would’ve called you a visionary lunatic. But here we are, less than a decade later. These technological leaps and bounds are even giving way to new genres, such as the web series – a multi-part video series almost like a mini TV series for your small screens (and attention spans).

Our industry is changing so rapidly, and it is easy to take it for granted.  Regardless of technology, filmmaking will always be a difficult task – if you want to do it right. There may be a million videos readily accessible on YouTube of cats and hilarious groin injuries, but to do something with good acting, solid production values and most importantly, a good story will always be a challenge. Challenges are a good thing, and it is exciting to know that the technology is there for people wanting to make a short film, a web series, or a feature film. It is also quite exciting to know that once that film is done, you can share it with the whole world with the push of a button. I guess the only down side for a prairie filmmaker is that those of us who are left are currently living in a province that doesn’t grasp the value of this industry. The tools are there; the audience is there – and being competitive has never been easier.