On Boredom; reflections on isolation and creativity.

“I am alone, so I dream of the being who has cured my solitude, who would be cured by solitudes.”

― Gaston Bachelard, The Poetics of Reverie

The long hours of 2020 feel like they have become part of the past, but I can’t seem to shake the lessons I learned. In the space of solitude and liminality, without work or a space to meet friends, confronting boredom in all its facets was a defining experience.

While we use boredom as a term on a sliding scale, I’m talking about the consuming, confining, and hopeless restlessness we go to great lengths to avoid.

Boredom isn’t new, but its effects may feel more tangible in a world of constant distractions and seemingly endless labour. In 2020, within a matter of days, I was one of the many people who went from having no leisure time to huge, unending swaths of it and nowhere to go but home. Lately, I find myself in the capital-driven avalanche gathering momentum––the cost of living rises and pay remains at an untenable level. Like everyone, I find myself in a place very similar to before the pandemic; for me, that was hustling for side contracts while juggling a full-time job and hoping to do a drawing or two.

I’ve been feeling a kind of nostalgia for the time I had to make and grow, to test and experiment, research and read. It’s not a desire to return to isolation but anger that we are tethered to systems that prevent the environments needed to develop ideas and experiment with new forms. Every call to “return to normal” was a reminder that what was normal for me prior to 2020 was incredibly unsustainable.

As the months ate themselves in isolation, my art classes, preparator jobs, and part-time service gigs became memories; but I started making again. In quiet isolation, I started to unroll paper, experiment with short-form performance work, play the flute, experiment with sound and light, and use new technology to play online with my experimental music ensemble, Bell Dreams. Some days I felt light with the ease of creativity; others, I felt creativity was the only way to escape an otherwise aggressive and infinite overwhelming intensity of feeling. But, the limitless state of nothingness was a catalyst for an internal shift.

Anecdotally, I felt that the ability to create was a deeply necessary lifeboat in an otherwise extremely lonely and stressful period. In retrospect, I realize that the cycle of resolving boredom was missing from my pre-pandemic life––where it was largely a daydream talked about with friends who support Universal Basic Income or consider systems like Technocracy. In a “post-pandemic” space, I am left to feel an emptiness where the potential for expansion once resided.

Why is boredom a necessary part of a creative life? That was the question that I started with. However, it isn’t boredom, it is the space to move from boredom to other affective states that is the key. Boredom without distraction is the catalyst for change on every scale.

Many philosophers regard boredom as a state of mind that is so disagreeable that it spurs us into action. Others, a reprehensible sin of laziness (as in medieval monks afflicted with the demon of Acedia).

If you spend too much time in Default Mode Network, you’re bound to get into some trouble. Boredom can also lead to disconnection, lethargy, and sadness. However, small bouts of idleness, even when they are irritating and overwhelming and cause a state of paralyzing apathy, are preparing the mind for connection, stimulation, and growth.

In some ways, this essay is in praise of the tools that allowed the state of boredom to manifest into something productive over something destructive. With isolation and illness becoming a feature of our daily lives, it seems like the thing lacking is a way to move through enforced downtime to reverie instead of endless ennui––because it occurs to me that the same feelings that prompted me to pick up my flute might cause another to move further into sorrow. In a study on boredom, Wijnand Van Tilburg and Eric Igou found that “people who feel bored experience that their current situation is meaningless and are motivated to reestablish a sense of meaningfulness.” We find meaning in boredom through our perceptions of belonging to a creative community.

As artists and arts educators (a double role many of us play in Saskatchewan), we have the delight of providing tools for meaning-making to others and using them to create work in our studio practices. Providing accessible digital access to resources during the pandemic was, and remains, necessary. These resources bolster the cycle of boredom with the tools necessary to move from ennui to the creative synthesis of post-boredom. With these tools, we might find ourselves prompted by boredom to flush out new ideas, experiment with colour, or play with new materials.

More than tools, however, is the need to reclaim time. Our capacity for play is only possible in a world where we aren’t drowning in work and obligations. Self-care isn’t just being in a warm bath, it’s also about allowing your mind to wander across the valleys of itself.

In the time since the lockdowns have ended, I find myself in a space of frustration. After having the space to realize the potential of boredom, I see now the distractions that interrupt ennui’s call for radical change. I crave the room to feel discomfort and initiate change without scheduling it. The call of ennui is to understand the source and develop creative solutions instead of finding temporary diversions, but the insistence on returning to normalcy subverts these calls. I hope we can continue to advocate for systems that allow creativity in the face of boredom to be accessible to all.

“If we respected only what is inevitable and has a right to be, music and poetry would resound along the streets.”

––Henry David Thoreau, Where I Lived and What I Lived For 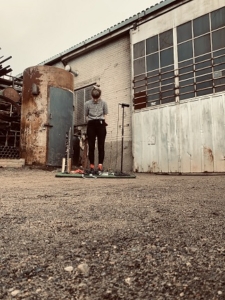 Edith Skeard (they/them) is a queer artist working in multiple mediums including sound, drawing, performance, and installation. They received their BFA in Visual Art with distinction and BAhons in Philosophy at the University of Regina. They now live and work in Saskatoon, SK located within Treaty 6, the traditional territories of the Cree, Dene, Nakota, Saulteaux, and Ojibwe, and the homeland of the Métis Nation. 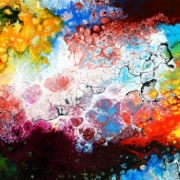 Conclusion Part One: The Pandemic Shadow